The Canary Islands have always been present in myth and legend, like those mythical lands beyond the Pillars of Hercules in the Strait of Gibraltar, the gateway to the Mare Tenebrosum. Classical writers have placed Paradise, the Elysian Fields and the Garden of the Hesperides here, although one of the first reliable accounts of the islands we owe to Pliny the Elder, in the 1st century AD. 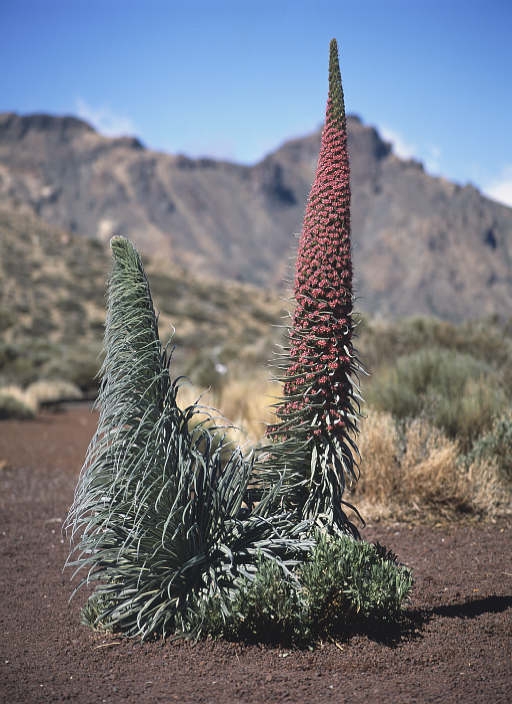 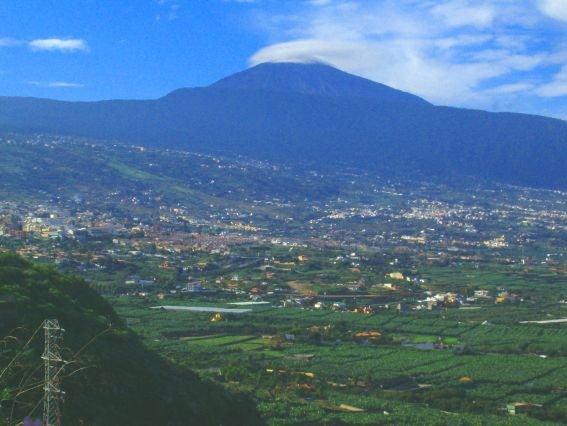 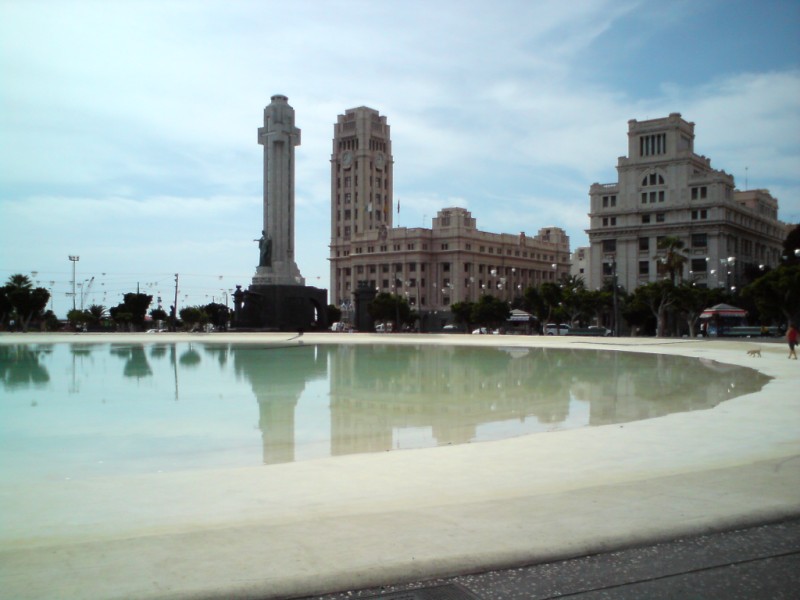 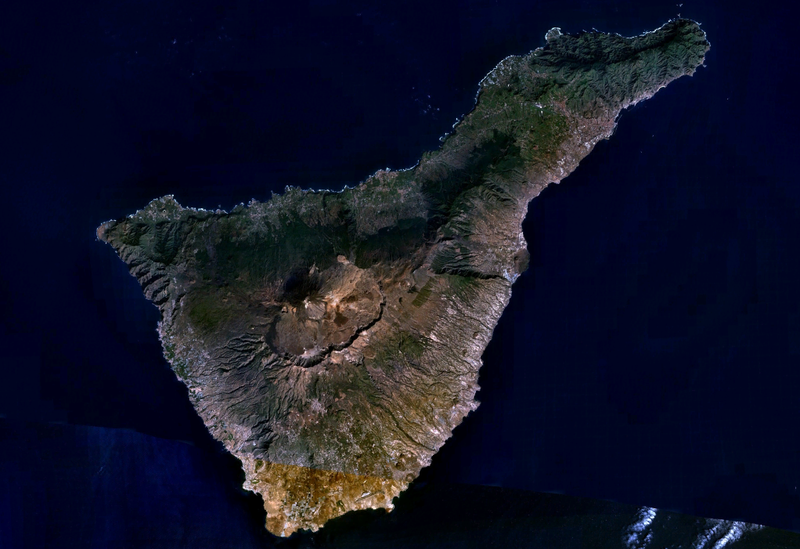 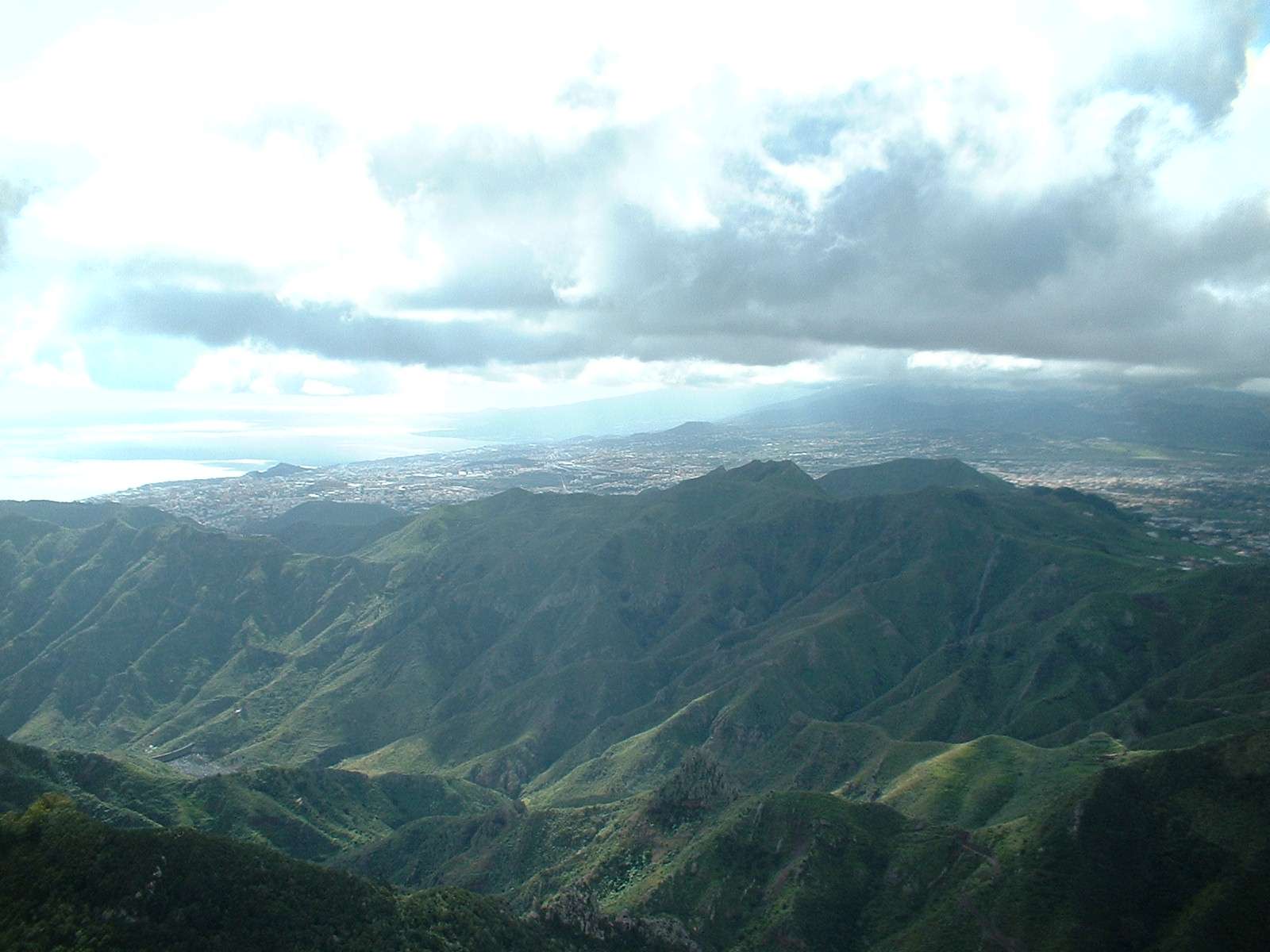 When the Spanish conquistadors arrived in Tenerife, the island was divided into nine small kingdoms, or menceyatos: Taoro, Abona, Güímar, Anaga, Tegueste, Tacoronte, Icod, Daute and Adeje, with a king, or mencey, in charge of each, advised by his council of elders, or tagoror. The Guanches, the pre-colonial inhabitants of Tenerife, wore animal skins and, as far as the documented evidence goes, had not dominated the art of navigation. However, they did have elaborate burial rites for their dead, with mummification techniques that proved very effective in some cases.

The conquest of the archipelago officially began in 1402, with Jean de Béthencourt and Gadifer de la Salle, in the name of Henry III, taking Lanzarote, Fuerteventura and El Hierro. Tenerife was the last island to be conquered, and did not fall until the reign of the Catholic Monarchs. The fight was bloody and the Spanish, led by the Adelantado Alonso Fernández de Lugo, suffered some spectacular defeats, such as that of La Matanza, in 1494. A year later, the Adelantado returned with a new army and the invaders' luck on the battlefield changed at La Victoria.

Tenerife has always been close to America, being an obligatory stopover for ships travelling to the New World. The people of the Canary Islands have played an active role, as colonists, in the birth of new cities and nations. It was island families, for example, who founded the cities of Montevideo and San Antonio, Texas, and the list of those defending the Alamo features many obviously Canarian surnames. Venezuela and Cuba were the traditional destinations for emigrants from Tenerife.

The discovery of America and the sea traffic from Europe into the Indian Ocean via the western coast of Africa made the Canary Islands a crossroads for sea routes, and its new-found wealth made it a target for pirates and privateers for centuries. In 1797, Admiral Nelson tried to capture Santa Cruz de Tenerife from the sea. He was defeated by General Gutiérrez and lost an arm in the battle.

Owing to their geographical location, Tenerife and the other Canary Islands have always maintained certain economic and administrative peculiarities compared to the rest of Spain. These differences were set down in the Law of Free Ports at the end of the 19th century (1872); and recognised in the creation of the Island Councils, similar to a sort of government for each island (1912), and the Canary Islands Economic and Fiscal Regime (REF) Law of 1991.

In 1982, the Canary Islands became an Autonomous Region and in 1986 the islands were integrated into the European Union, along with the rest of Spain. Today, the archipelago's position in Europe is defined as an outermost region in the Maastricht Treaty (1992) and the Amsterdam Treaty (1997) and is recognised by the project for a European Constitution, in the Lisbon Treaty (2004), and the Outermost Regions Statute.

Each town and region of Tenerife has traditions dating back hundreds of years, which the local people are careful to maintain and preserve. These traditions are connected to agriculture, to the sea and fishing, and to the special bond that exists on the island between the inhabitants and the land they live in, with all of its special characteristics.

Their volcanic origins, the fact that they are an archipelago, their latitude close to the Equator, and the passage of the trade winds all mean that the Canary Islands, and Tenerife with them, enjoy some truly unique conditions, in which natural characteristics and landscapes that are not found anywhere else on the planet have been able to develop, greatly adding to the appeal of the islands, for tourists and inhabitants alike.

Their isolation from the continental territories has generated, over thousands of years, numerous animal and vegetable endemisms, along with a climate that is famous for its mildness and its lack of abrupt temperature changes and weather conditions, resulting in the Canary Islands becoming known as the Islands of Eternal Spring and the Gardens of the Hesperides.

These unique characteristics have, since the 18th century, made Tenerife a magnet to nature lovers, geographers, geologists and researchers from all over the world... Historical naturalists such as Alexander Von Humboldt made Tenerife an essential stopover in their scientific expeditions.

After finding out about the work carried out on the Island by the German scientist, Charles Darwin, the father of the Theory of Evolution, decided to visit Tenerife himself, although he was never able to land here. As Darwin tells us in his own words: "we were just preparing to drop our anchor within half a mile of Santa Cruz when a boat came alongside bringing with it our death-warrant. The consul declared we must perform a rigorous quarantine of twelve days". The port authorities' fear that the crew of the scientist's ship, the "Beagle", might be carrying cholera, prevented them from disembarking. The following morning, the island appeared to have disappeared as if by magic, until the sun appeared above the mist, illuminating the peak of Teide: a ray of consolation. Today, the landscapes and the natural environment of the Canary Islands continue to attract hundreds of thousands of nature lovers each and every year.

The climatic conditions, consistent with the geography and added to a whole host of other factors make up the essential substrate of this archipelago which, since its very beginning, has been colonized by flora and fauna from surrounding areas, populating the islands and their waters.

These colonizing species, whether arriving via phenomena of active dispersion (flying, swimming, etc.) or passive dispersion (floating in the water or in the air, etc.), underwent processes of geographical and adaptive specialization that have generated, right up to the present day, a genetic pool of endemic species that places these islands among the most important regions in the world in terms of flora. Taking into account the age of the islands and their proximity to both the African and European continents, we know that their terrestrial flora and fauna originate from these two different zones.

Of special importance is the survival of tertiary forests, now practically non-existent in the rest of the world, known as laurisilva, of which Tenerife preserves some spectacular specimens.

Terrestrial fauna is represented by a great variety of invertebrates (more than five thousand species) occupying every habitat on the islands and featuring a high ratio of endemic species. Vertebrates, although not as numerous, include mammals, birds, reptiles, amphibians and fish, including many fish species introduced recently in lagoons and reservoirs.

The marine fauna is very similar to that of the Atlantic coasts on both sides of the ocean, mixing with that of the Mediterranean and generating a great diversity of species, albeit in relatively small populations. Examples include the five different species of turtles that inhabit our coastlines and that possibly also nest along them at times, such as the leatherback turtle and others which often share the same waters, such as the loggerhead and hawksbill turtles.

As for marine mammals, although some examples of monk seals have been spotted living in the archipelago (on the Isla de Lobos), the most common mammals that swim the internal waters and the island coasts are the bottlenose and common dolphins, the sperm whale, pilot whales and the beaked whale, although more than twenty species of cetaceans have been sighted here and can be seen on special tourist trips that set out from the port of Los Cristianos.

On the island of Tenerife, the natural environments not put to use by human activity are combined into protected areas, primarily to ensure their preservation. The island is home to a national park, a natural park and two rural parks, to which we can add a number of integral and special nature reserves, natural monuments, protected landscapes and sites of scientific interest. In total there are 43 spaces, which together occupy approximately half of the surface area of the island.

Tenerife is an island of contrasts, marked by the fact that it has grown up around the great volcano of El Teide and the mountain range which begins at its summit and forms an elevated crest running from east to west. This geographical feature gives the island abrupt changes in altitude and temperature, as well as a changing, diverse climate which can differ from one street to another, and is well-known microclimate. The coast, the mid-slopes and the summit represent the island's three natural ecosystems.

This kind climate, offering average temperatures of between 20 and 30 degrees year round. is largely due to the prevailing winds, the trade winds, which soften the hardness of the nearby Sahara desert climate. The orography and cold ocean current surrounding the Canary Islands ensure that the waters of the Tenerife coast and its beaches always enjoy perfect temperatures which sometimes exceed air temperatures on land.

The island territory is shared by desert landscapes on the coast, subtropical forests on the mid-slopes and summits, and volcanic areas, in particular in the Teide National Park and its volcanic cone, which is still active and, at 3,718 metres, is considered to be Spain's tallest mountain. The island also boasts monumental cities with the most vanguard architecture and black sand beaches flanked by impressive cliffs.

All these features lend a surprising variety to the environments and landscapes which make up the best of natural backdrops, a setting offering almost unlimited possibilities which allows us to be transported to many corners of the world, to colonial La Habana, tropical forests, or the most cosmopolitan cities.